Why does there always have to be a setback? We were moving along smoothly here — getting Oscar closer to a normal diet, watching him walk his loops around the house with increasing speed, venturing out of the house for longer walks. Sleeping through the night! And I think that right shoulder was starting to come down a little, even though he was still “splinting” his left (incision) side.

We had our follow-up appointment down near Princeton today, an hour drive in great weather made slower by rain and big fat trucks. Oscar tolerated the ride well, and I even started knitting a scarf determined not to have lugged four skeins of yarn east for nothing. Drs. ABC were amazed by how well Oscar looked. Dr A shook Oscar’s hand and  perhaps confused by Oscar’s presentation remarked, “So you’re three weeks post-surgery, right?” We all chuckled. “Only 8 days!” I replied.

The xrays of his spine look great. His lower curve went from 45 degrees to 18. (They were aiming for 20 degrees to allow for growth, but this definitely close enough.) And his upper curve, the non-tethered compensatory one, has already improved 7 degrees. Everyone is pleased about that.

BUT (you knew there had to be a “but” coming), his GI system doesn’t look the way we want it to. There’s a big bubble of gas in his stomach and upper intestine and there’s some concern that an artery is blocking the duodenum. Apparently it is a fairly common side-effect of spine surgery, especially in thin individuals. Oscar’s being placed on an additional medication to try to resolve the gas and we are returning for another set of xrays on Thursday. Hopefully we will see improvement, otherwise he will need to return to Mt Sinai for a barium swallow and if food is not passing through he will need to have an nasal-gastric tube placed for six weeks until the issue resolves. Not desirable!

In the meantime we are back to pureeing Oscar’s food. Smoothies with protein powder, fruit, and yogurt. Smoothies with kale, avocado, almond butter, and almond milk. And probably the best one — last night’s dinner of salmon and butternut squash thrown in the blender with some broth. It actually turned into a pretty tasty soup.

Here are a few photos from our day. Oscar, Dr C and me. Grandmary and Oscar in Drs. ABC’s waiting room. Oscar resting with his giraffes. (I’m sparing you all the one of the incision though it is pretty cool!) 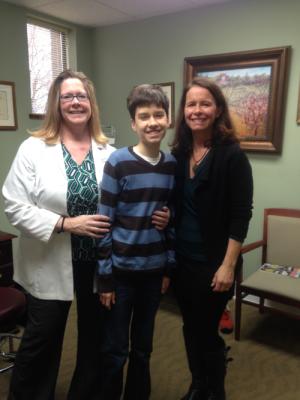 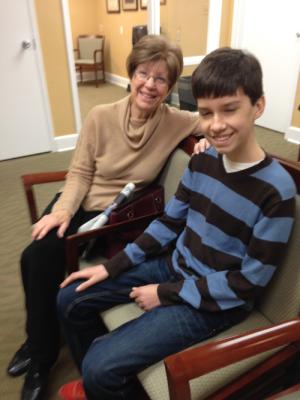 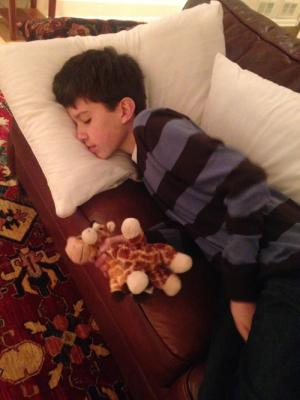