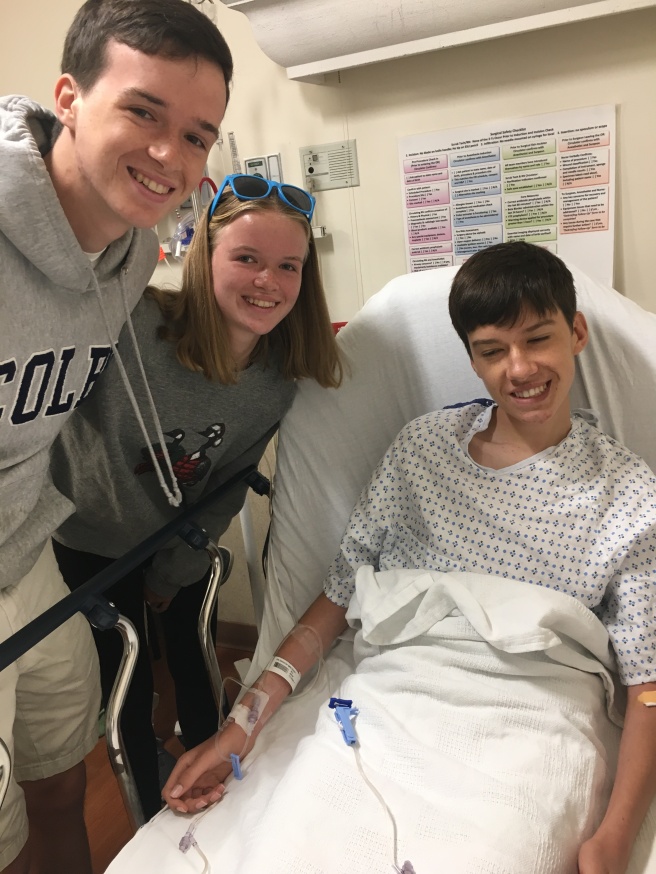 They wheeled Oscar into surgery about an hour and a half ago. I didn’t tear up this time, and he didn’t say, “Don’t worry Mom, I’ll be okay” like last time either. Instead, he was anxious up until the last second, worried about the post-surgery constipation that was so debilitating last time—apparently the “happy juice” from the anesthiologist hadn’t kicked in quite yet. But I knew he was seconds from bliss, so I kissed him on the forehead and whispered, “I love you, buddy.”

Yesterday’s pre-surgery meeting with the Drs. ABC team went well. We are clearly in excellent hands, and we are clearly doing the right thing. Oscar’s lower curve has over-corrected and exacerbated his upper curve to form one giant 62-degree “C” curve, quite a progression from the 30-something degrees he’d been holding at until a few months ago. The “before” pictures of him standing without his shirt on took my breath away—I’ll share those once we have the “after” for comparison.

We’d guessed, and it’s been confirmed, that this surgery will be quite a bit more complex than the previous one. They’ll lengthen the cord on his original T9-L3 lumbar curve, add a screw at L4, and then instrument the thoracic curve, hopefully T4-T10. Some vertebrae will now have two screws. He may need a disc release, and they are planning to do some rib work—trim his rib cage on the right side so that his shoulder blade can lie flat again. And of course they’ll manipulate the spine to undo the rotation. Oscar’s determined to get out of the hospital quickly and will work hard toward that goal, but even he might require a few extra days than last time.

So here we are, in the hospital waiting room, pretending we’re not anxious or sleep-deprived. Paul is tending to some work emails, Ruby and Abe are entertaining themselves with screens. We’re planning a game of Catan (’cause why not?) and perhaps a little Jane the Virgin binge-watching. We have a lot of family nearby that will be visiting today and tomorrow and many sending good wishes from afar. Oscar sure has a lot of fans. 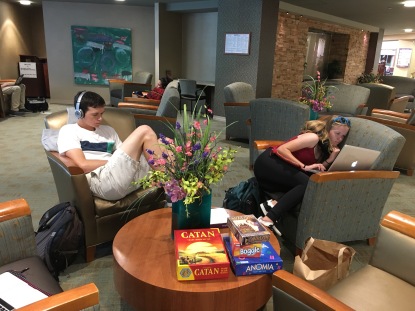 Oscar and his giraffes

En route to the hospital