Oscar is already two weeks post-surgery, and we’re heading back to California tomorrow! I’m packing our suitcases and thinking about what we’ll need on the airplane and how I will carry it all. Oscar won’t be able to lift anything more than five pounds for at least another month, and yes he does want those baseball magazines, that activity book, his math packet and our next fiction read in his backpack. Plus I’ll need to fit in a pharmacy’s worth of meds.

The past few days have flown by. Susan came back for some more puzzle work, a heated game of Dragonwood, some walking and a dinner out. Grandpa returned from his post on the west coast with Paul, Abe and Ruby. (The west-coasters were moaning about his absence to me before he even reached the airport and Oscar ran to greet him at the door when he arrived here.) Meanwhile Oscar’s been walking a least a mile a day, and on Saturday we ventured out on a longer trek (perhaps too long) to visit a friends’ dog Beacon. Oscar’s face lit up as he buried his fingers in Beacon’s black fur and was rewarded with lots of sloppy kisses. But the walk home was long and uphill and his side started to hurt. He did make it, but the next day he was exhausted. Chalk that one up to bad (or at least questionable) parenting.

Otherwise he’s doing well. His stomach pain has diminished and we’re still getting by on Tylenol and Gabapentin for his surgical pain. He’s tired though. He wakes up at his normal time and reads for a bit but then he retreats to the couch to rest. He needs at least two naps a day and is lying down frequently throughout the day.

Tomorrow should be interesting — it will take us 10 hours or so to get home, door to door, with no real option for reclining. I requested a wheelchair when I made the flights, not knowing what Oscar’s pain and stamina would be like, and though he could probably walk in the airport I think it will be best to save his strength. His side really hurts when he sits or walks for too long, so I’m hoping I can keep him comfortable.

Here are some fun pictures from the last few days. Oscar on today’s walk. (I remarked that I felt like a third wheel and he jokingly responded that I was really sixth, or ninth – he couldn’t decide). 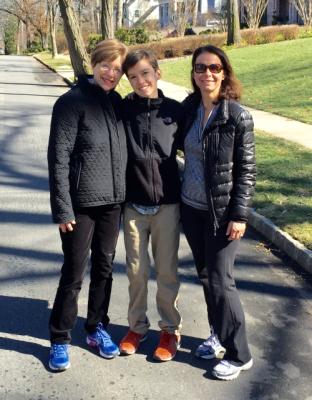 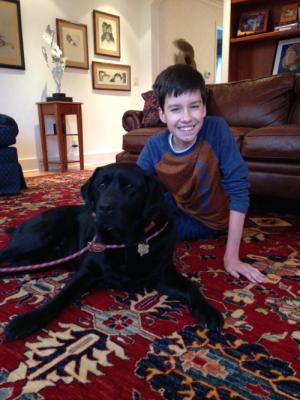 Oscar with GrandMary and Susan resting during the big walk. 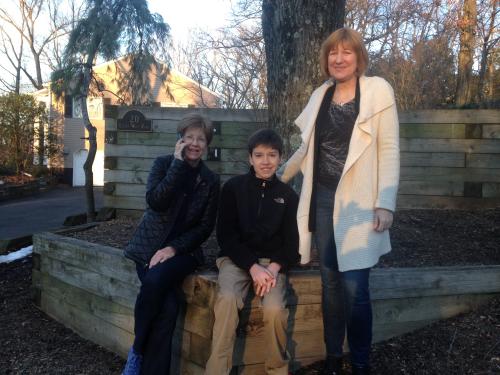 And finally, Oscar with Audrey who came to visit with Jennifer yesterday! 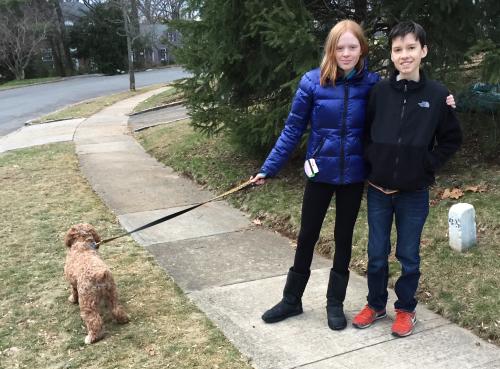